Labrador retrievers love food, say their owners, and they are often more obese than dogs of other breeds. Now, new research published in Cell Metabolism says there may be a biological reason for this 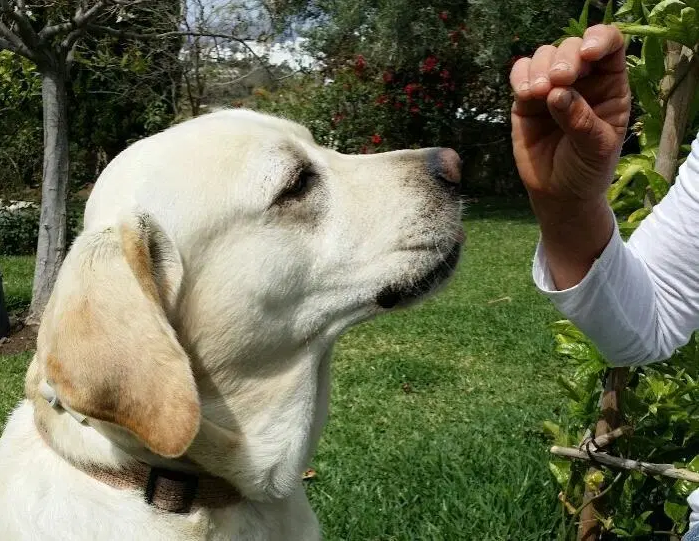 In developed countries,obesity affects 34-59 percent of dogs, reducing their lifespan and ushering in a range of health issues also seen in human obesity.

Rises in canine obesity, like human obesity, have been put down to reduced exercise and easy access to high-calorie food.

At the same time, even dog owners who control their pets’ diet and exercise find that some breeds easily gain weight, suggesting that genetic factors are at play.

Genetic factors are often at work when a trait is more common in one breed than in others.

With this in mind, a team led by Eleanor Raffan, a veterinary surgeon and geneticist at the University of Cambridge in the United Kingdom, set out to investigate.

Raffan, who had previously studied obesity in humans, started by looking at a group of 15 obese and 18 lean Labrador retrievers.

The team examined three genes known to relate to obesity and weight in humans. A growing body of evidence suggests that biological reasons may underlie weight variations.

Inability to switch off hunger leads to obesity

The results uncovered a modification in a gene called POMC. Most of the obese dogs had a scrambled section of DNA at the end of this gene.
The scientists believe that, because of this modification, Labrador and flat-coat retrievers – which are related to Labrador retrievers – are unable to produce two substances usually involved in turning off hunger after a meal: the neuropeptides beta-MSH and beta-endorphin.

According to Stephen O’Rahilly, a senior author on the study, a very small number of people with obesity also lack a similar part of the POMC gene as the dogs.

The mutation appears to be specific to Labradors and flat-coat retrievers and correlates with an increased tendency toward food-motivated behavior.

Next, the team looked at 310 Labrador retrievers, and they discovered that a number of behaviors correlated with the POMC deletion.

Not all the Labradors that had the DNA variation were obese, and some were obese without having the variation.

Overall, however, dogs with the deleted gene weighed on average around 4.5 pounds more than dogs without the deletion.

A survey of owners also suggested that dogs with the deleted gene were more motivated by food, as seen in more frequent begging for food, greater attentiveness at mealtimes, and a greater tendency to scavenge for scraps.

Further sampling from the U.K. and the Unites States indicates that around 23 percent of Labrador retrievers do not have the POMC gene.

Among 38 other breeds, the deletion was only present in flat-coat retrievers. The effect on their weight and behavior was similar.

Raffan calls this “a hardwired biological reason” for the dogs’ food-obsession, although the team observed many dogs in the study that were obsessed with food but did not have the mutation.

Labs that are chosen as assistance dogs are also more likely to have this variation, offering a potential explanation as to why these breeds appear to be more trainable with food rewards.

The cohort included 81 assistance Labrador retrievers, and 76 percent of them had the deletion. This surprised the researchers, who speculate that the Labrador’s interest in food could be what makes them more suitable for assistance-dog training, as these tend to involve food rewards.

Confirmation of this could come by looking at puppies and finding out whether those with the mutation are more likely to qualify as an assistance dog.

What does this study imply for owners of Labrador retrievers?

If you keep a really food-motivated Labrador slim, you should give yourself a pat on the back, because it’s much harder for you than it is for someone with a less food-motivated dog.”
Eleanor Raffan

This article was first pubished on: MedicalNewsToday