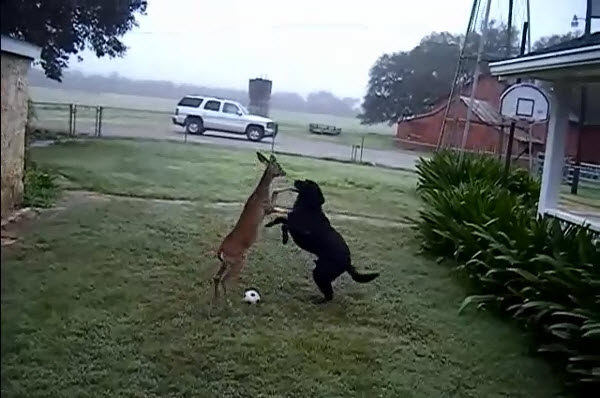 Unbelievable, well to most of us it is I think but not to the black Labrador retriever named Buddy but action speaks louder than words, so enjoy the video.

My brother found this deer alone and malnourished when it was a tiny baby. My family bottle fed the baby, named Theen until he was eating grass. Several months later he’s very socialized with people, our black lab, and our cats. He is free to wander if he likes and we’ve seen him with several herds of whitetail and axis deer. Apparently he fits in just fine with them. He frequently comes back to the house to eat some catfood and play with our dog, Buddy. He doesn’t care much for deer corn.

Being on the subject of things you need to see to believe they’re real on the next page there’s a video of something even harder to believe, now I will not reveal the plot but I can tell you two red foxes and a trampoline play a big part in it. 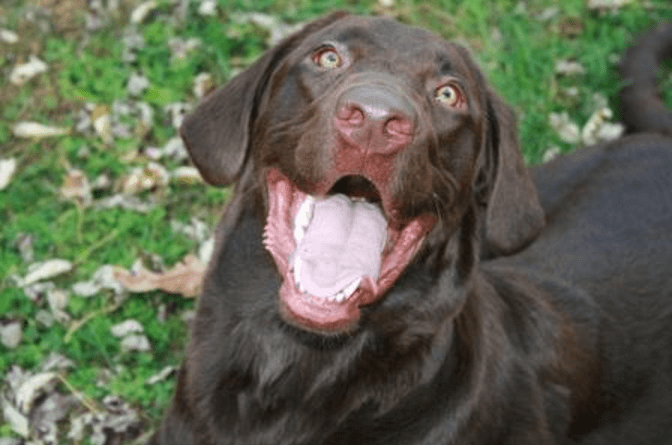 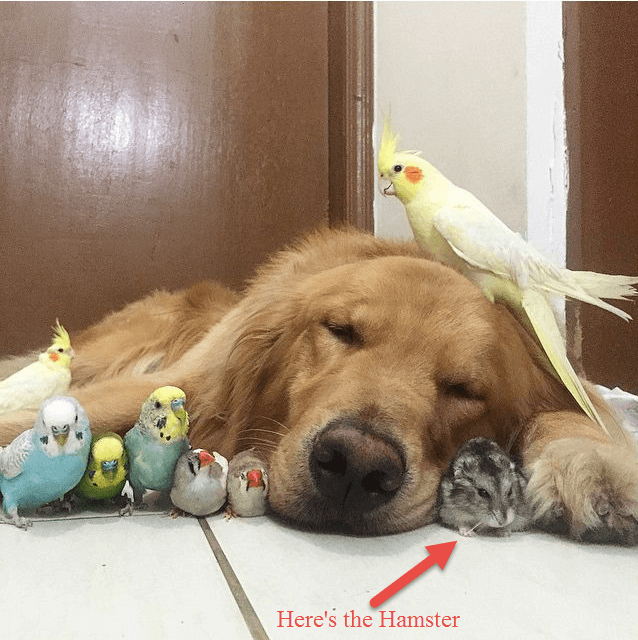