They need your help badly

It all started with the August flooding event resulting in evacuations being ordered for residents in Pasco County, Florida, threatened by the rising Anclote River, as severe storms continued to slam Florida.

And one thing lead to another

LAND O’ LAKES — It’s not exactly raining cats and dogs at Pasco County Animal Services, but summertime downpours might have played a role in the shelter’s overcrowding problem.

“It’s hard to say why we suddenly have so many animals,” said Andrea Ciesluk, education coordinator at the shelter. “But I know the flooding brought in a lot of the animals.”

Almost 50 homes in Pasco were destroyed and another 309 homes flooded during heavy rains in late July and August. The storms forced a few residents seeking emergency shelter to relinquish their pets to Animal Services, Ciesluk said.

“But right now we have 174 dogs,” said Ciesluk. “It’s crazy. Our overflow room is literally overflowing into another room. We were stacking (animal) crates on top of one another and now we’ve run out of crates.”

Although the Pasco shelter has had overcrowding in the past, Ciesluk said the shelter now is in crisis mode. It has posted an urgent message on its Facebook page asking residents for help.

“I have Butter, a wire-haired terrier mix, in my office now,” said Ciesluk. “She’s very sweet but still acts like a puppy and jumps on my keyboard when I’m working.”

“Finding homes for pit bulls has become a big challenge for us,” said shelter worker Jessica Everly, pointing to a tag on the pen noting when the dog arrived at the shelter. “Some of these dogs have been here for a year.”

“Some insurance companies even penalize you if you own a pit bull,” she said. “There’s a stigma around them. They have a reputation for being aggressive.”

Nancy Janovsky, a volunteer with Pasco County Animal Services, calms a Chihuahua before taking it for a walk outside Wednesday at the facility. To ease overcrowding, the shelter is waiving adoption fees for large-breed dogs older than 6 months. ANDY JONES/TRIBUNE

The extreme conditions soon lead to the following:

Pasco County Animal Services is severely overcrowded right now with big dogs, and there are so many they’re keeping dogs in an overflow room in crates.

“This is the worst I’ve seen it,” said Andrea Ciesluk, education coordinator at the agency.

Too many dogs and not enough kennels has dogs stacked up waiting for their space to become available in the adoption area.

“You’re really saving a life if you come out here essentially your saving two because if you take one out that leaves space open so we can put another one in need in,” said Ciesluk.

There were more than 170 dogs on Wednesday and it’s the big dogs that need the most help.

To boost adoptions, the department if offering free dogs until Oct. 10 that weigh more than 25 pounds and are more than six months old.

“It all kind of started with the weather the flooding they all started coming in here,” Ciesluk said.

Click here to see the dogs that are available

Ciesluk says people who were forced out of their homes due to Pasco flooding were also forced to surrender their dogs, and making matters worse was the weather brought out a lot of strays.

“Today is a little bit better we did have 12 adoptions, but we’re still overcrowded,” said Ciesluk.

“Adopt, not shop, to save a life,” said Mashalle Crider.

That’s what brought Crider to the shelter. She’s looking for a family dog that’s good with kids.

“People are breeding too much and not taking care of their dogs once they grow up so I want my kids to save something and cherish it,” said Crider.

“People sometimes have the wrong impression of a shelter dog,” Ciesluk said.

“That’s the one I mean she’s limping, but I still want her,” said Crider.

That means one dog is adopted, and there are with more than 160 still waiting. 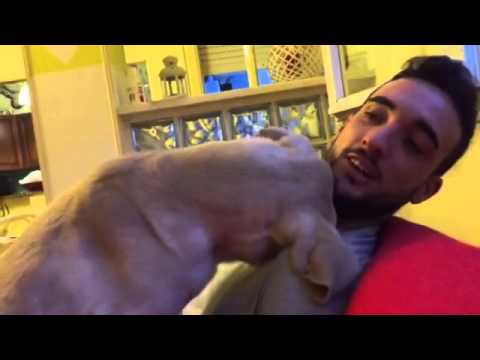