Did you ever treated your Lab to some peanut butter(?) well I did and to be honest when I read about the deadly effect it could have on dogs it scared me big time. The harm does not come directly from peanuts but from Xylitol a sweetener used as a sugar-replacement in all sorts products.

Watch the following video and read the remaining text

Read this article that was first published on Creature Clinic

As a veterinarian, I’ve even recommended it from time to time. Maybe to disguise a sneaky tablet, or even to make that food-dispensing toy last a little bit longer for dogs needing an extra level of challenge.  And I know a lot of people incorporate peanut butter into yummy homemade doggy treats too.

The bad news is that peanut butter CAN kill your dog.

This is because more and more manufacturers are putting an ingredient called xylitol in their peanut butter.

This ingredient is pretty harmless to humans, and I hear has many benefits, like keeping teeth healthier – but it’s really dangerous to our furry pals.

Xylitol is getting to be a popular alternative health sweetener for people. But, it’s not only unhealthy for dogs, it is often fatal. The danger comes when dogs and humans share the same foods and people don’t know the risks of dogs ingesting xylitol. While it’s traditionally found in low-calorie gums and mints, it recently has been seen in many brands of peanut butter, a popular treat for dogs.

So What on earth is Xylitol

This stuff has been used in sugar-free chewing gum for years, and is now making it’s way into many more foods because its popularity as a natural sugar substitute is increasing.  Some of the places it can be found include candy, desserts, beverages, toothpaste and mouthwash.

So why does the blood glucose drop when a dog ingests xylitol?

It’s normal for insulin to be released in response to an increase in blood glucose after a meal.  It happens to all of us (except some diabetics), and allows the extra glucose in the bloodstream to be taken up by the body for energy or storage. In dogs, xylitol tricks the pancreas into thinking it is glucose, leading to a massive release of insulin into the bloodstream that is not needed…

Those Valentine’s Day chocolates may be a tasty treat for you, and even contain healthy antioxidants — but they’re toxic to your pet’s red blood cells and may even cause neurological damage.

“With dogs … one of the most common things I hear is that ‘I turned my back and he jumped on the table and got the chocolate,'” says Dr. Sean Byrd, a veterinarian at Skyview Animal Clinic in Cape Girardeau. “I treated three or four sets of dogs over the holiday season
where the owners came home to an empty chocolate container. We lost a pup six months ago due to chocolate.”

Pets tend to be lactose intolerant, so they need to avoid milk products, adds Byrd. Fatty meats can stimulate pancreatitis, and animals need to stay away from bones, period, says Seabaugh.

“They can cause fecal impactions, intestinal blockages and potential intestinal perforation from the points of the bones. It’s overall GI havoc,” she says. Ingesting bones might even require X-rays and surgery for your pet. “That’s no fun for anybody,” says Seabaugh.

“Just once piece of gum is enough to do damage in a small dog,” says Seabaugh. “A dog’s body, for some reason, recognizes it as sugar and secretes insulin that creates a dangerous dip in blood sugar.” It’s possible that xylitol causes kidney disease as well, says Byrd.

“Keep these foods out of the pet’s reach and keep trash cans behind closed cabinet doors,” says Seabaugh. Trash cans with a flip-top lid usually aren’t enough to keep pets out of the trash. “Teach your kids from when they’re little on up, that their food is their food, not the animals’ food,” she adds. “Around holiday time, advise friends and family not to feed pets from the table.”

If your pet does eat one of these problem foods, you need to call your veterinarian right away, say Byrd and Seabaugh.

“The No. 1 thing is getting them to vomit. There are things we can do and, if we’re too far away, that the owners can do to get them to vomit and get it out of their system as soon as possible,” says Byrd. Pets can also be given a medicine to keep the food from absorbing as well into their system.

“In other instances, we might need to see the animal to take X-rays of any bones that are causing problems,” says Seabaugh. Whatever your pet has gotten into, it’s important to address the issue immediately before much damage is done, agree Byrd and Seabaugh. 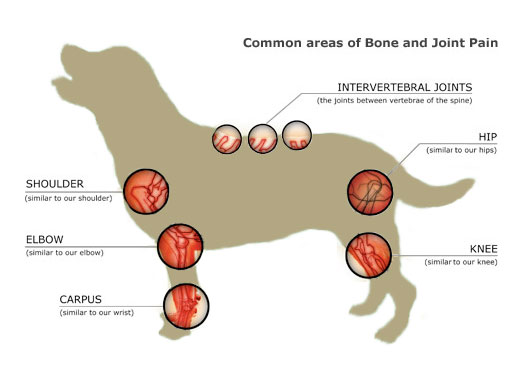 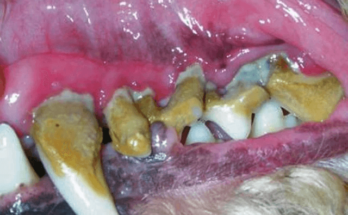 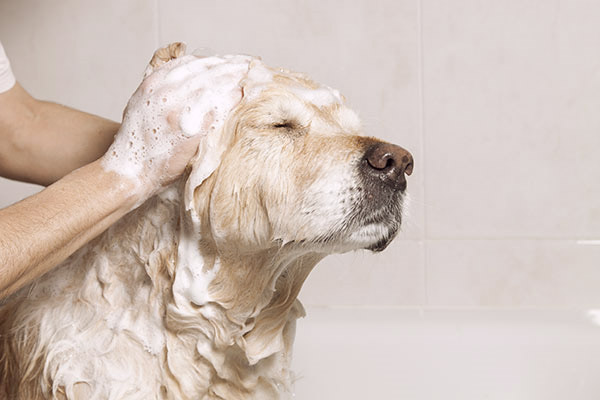 [Splish-Splash VIDEO] How Often Should You Bathe Your Dog?